The Music Band “Las Cigarreras” from Seville premieres, for the first time, “Mariúpol” by the composer Rubén Jordán, inspired by the words of Pope Francis.https://youtu.be/iSlRKUiD7Kk 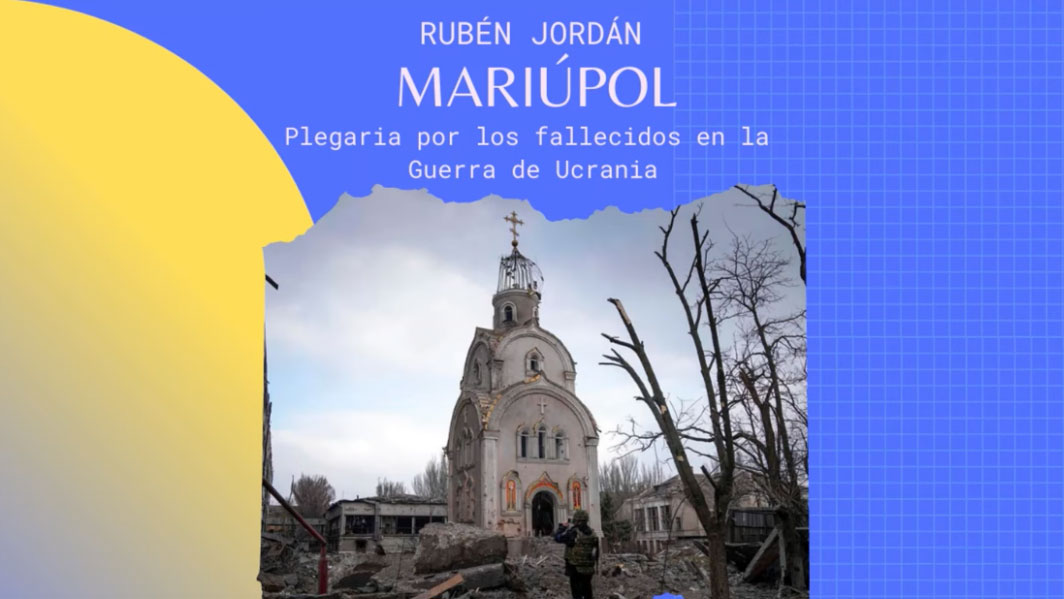 The Music Band “Las Cigarreras” from Seville premieres, for the first time, “Mariúpol”, a prayer in the form of a processional march by the composer from Alicante, based in Toledo, Rubén Jordán. The recording took place last Saturday, March 19, at the Church of Santa Marina and San Juan Bautista de La Salle in Seville, headquarters of the Brotherhood of the Resurrection.

As the author has related, “Mariupol” is a prayer, a prayer in the form of a processional march dedicated to all those souls who are victims of the conflict between Russia and Ukraine. Between economic and humanitarian gestures, the provision of food and medicine, the composer has composed this music, inspired by the words of the Holy Father Francis I about Mariúpol, a city that bears the name of Mary. To do this, Rubén Jordán uses a 15th-century Kyrie belonging to the traditional Ukrainian repertoire developed and embedded in his own melodies.

As the author indicates, music will not stop the conflict, but it has the power to change lives and, in such complex scenarios and times, it must be done with greater force, with greater depth, with greater passion and with all the love possible. That is why Rubén Jordán makes the scores of this work, free of charge, available to any band or brotherhood that wants to join in praying in the streets through music during the upcoming Holy Week, aware that prayer is the walk for peace.